Where are Women Safe From Assault 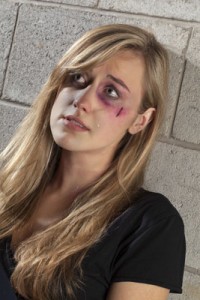 A Women can be attacked at almost any time

You may have seen statistics that indicate that one in four women in the United States will be assaulted at some point in her life. If you think that is high, it is nothing compared to countries in the Middle East or India, for example, where sexual assaults on women occur much more frequently.

So where are women safe from assault? Unfortunately, the answer is there is no such thing as a safe place. We saw a story recently were a woman was groped in a big box store at three o’clock in the afternoon with plenty of witnesses around. When she started screaming the guy took off, but plenty of witnesses gave descriptions to police for identification.

Here we are going to discuss some high profile places where women get assaulted.

Believe it or not, one of the most prolific places for assaults on women is in the home with domestic abuse. Domestic violence is a huge problem in the United States with 25% of all women reporting intimate partner violence.

The number one cause of death for African-American women between the ages of 15 to 34 is homicide at the hands of the domestic partner according to the American Bar Association.

Parking lots are excellent hunting grounds for perverts who prey on unsuspecting women. The women are often distracted when they’re coming out of a shopping experience either talking on a cell phone, talking to friends or watching little ones in a grocery cart. The bad guys use this distraction to their advantage for assaults.

A recent study showed that one out of every three College-age women are victims of sexual assault in their time at a university. Alcohol or drugs were present in close to 90% of the cases and the victims knew their assailant in over 80% of the cases.

I am not telling you this to make you paranoid but to make a point.

An assault against a woman in this day and age can happen anywhere or any time so you need to be prepared.

You need to be alert and have the mindset to survive. I highly recommend carrying a self defense weapon, preferably a DPS Pepper Spray with you wherever you go. There are many choices of self defense products on the market like stun guns and wild Kat Keychains, but we still push the pepper spray above all because of the range you have as well as the ability to take out multiple attackers.

For more information on DPS Pepper Spray or other self defense weapons please visit our site.